Would you walk 20 miles a day for an education? 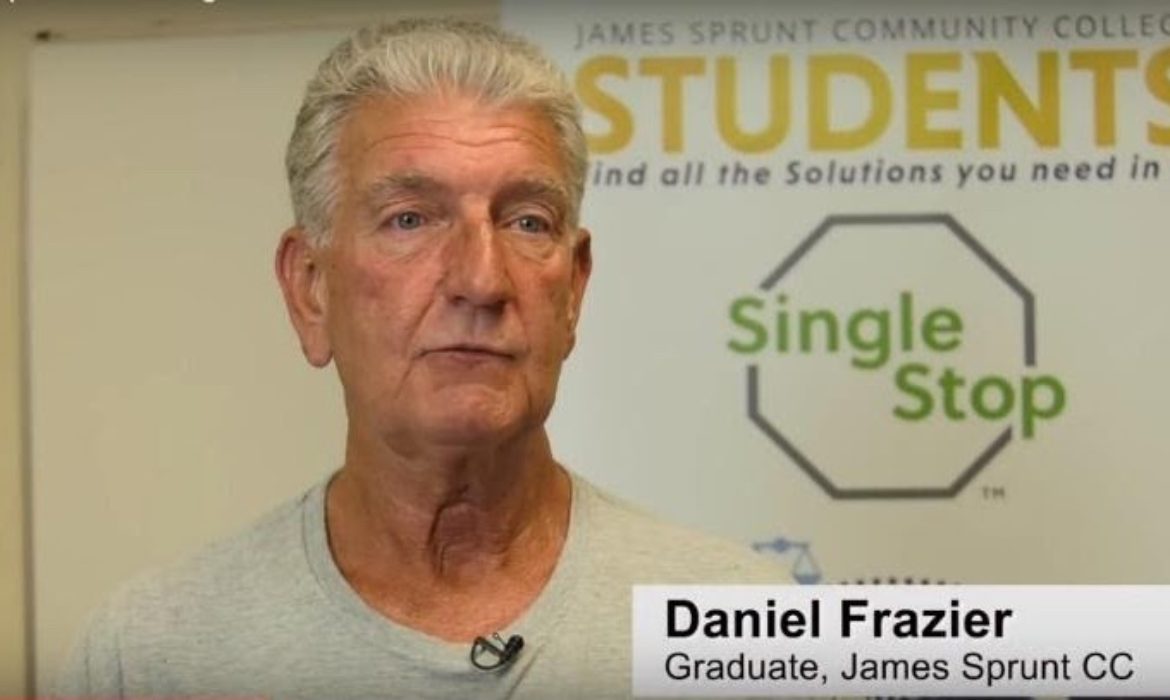 Single Stop at James Sprunt Community College acted when students struggled to get to campus.

For two years, Daniel Frazier walked ten miles each way to attend classes at James Sprunt Community College (JSCC) in Kenansville, North Carolina. The Army veteran was sure that college was his opportunity to build a new life for himself after years of military service.

“Sometimes I’d leave at like three in the morning to get here to go to school. I wanted to have a better life for myself and that’s what I’m working towards. That’s why I’m doing what I’m doing.” Daniel reached out to Single Stop on campus and administrators at James Sprunt stepped up to help.

After pulling Single Stop data reports, they noticed that Daniel was not the only student struggling to get to class. “We thought at first about those students in the outlying areas getting…to our campus,” Dr. Lawrence Rouse, President of JSCC said. “But then we realized there are some students right here in Kenansville that don’t have transportation.” After surveying students, they discovered that 65% of students who responded lived outside of town limits, 42% said they had no gas money, 14% had no vehicle, 10% had a car that needed repair, and 7% had no driver’s license.

Armed with data tracked in Single Stop Technology, the school lobbied the Duplin County transportation office to create a solution. Three service routes, with coverage throughout the county, now bring students to and from campus. “Our motto is that we’re your bridge to success,” Dr. Rouse said.

Daniel credits Single Stop for providing solutions to problems low-income students face. “They give you encouragement to keep doing what you’re doing to make something good for your life.” The effort from the college’s staff and leadership was worth it. Daniel graduated with an associate degree and students at James Sprunt now have reliable transportation to school.