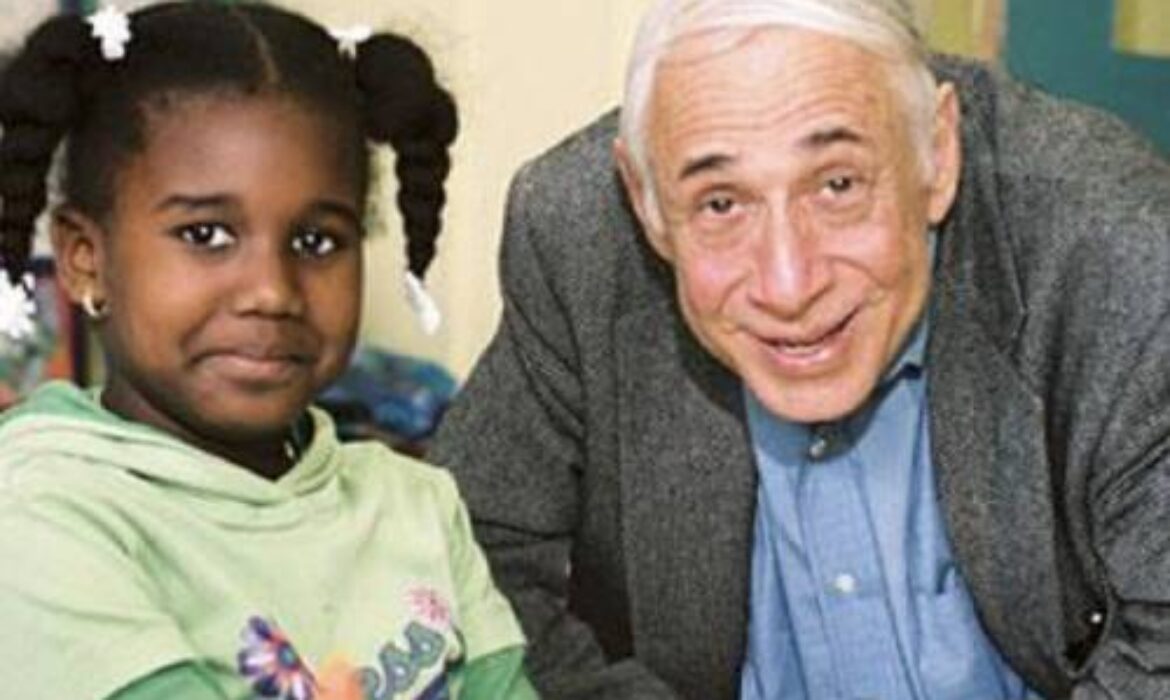 It is with great sorrow that we mark the passing of Herb Sturz, a legendary social entrepreneur, towering figure in criminal justice reform, and great friend and supporter of The Fedcap Group. Herb had a genius for bringing people together and getting things done. He was a trailblazer with a passion for justice whose life work and impact are felt worldwide. He leaves an indelible legacy that will inspire future generations.

“Herb was a beloved friend, and I am deeply saddened by his passing,” said Christine McMahon, President and CEO of The Fedcap Group. “He had the ability to take complex issues and simplify them to a few points, to create an environment in which everyone could get on board. Despite his towering achievements over nearly 50 years, Herb was always humble, and never sought power—only results. His passing is a great loss to all who believe in justice.”

Herb’s life was dedicated to fighting for the vulnerable and disadvantaged He had an unshakable belief that people deserve a second chance, regardless of their past mistakes. His accomplishments are legion. Herb was the founder or co-founder of Wildcat, ReServe, TASC, the Center for Court Innovation, Project Renewal, Vera Institute of Justice, Neighborhood Improvement Project and numerous other organizations. He served as New York City Deputy Mayor for Criminal Justice and Chairman of the New York City Planning Commission, Herb was a member of the editorial board of The New York Times and, he spearheaded a decades-long effort to close the jails on Rikers Island.

Herb’s impact on The Fedcap Group cannot be overstated. In 1972 he founded Wildcat, the nation’s first organization to design and implement a transitional work program for unemployed persons with conviction histories. He was the force behind Wildcat becoming part of The Fedcap Group. In 2005 he co-founded ReServe, to place experienced workers over 55 years of age with government and social services agencies to help fill critical staffing gaps. “ReServists” have provided many millions of hours of service, creating huge impact in poverty fighting, education, health care and capacity building. In 2013, ReServe joined The Fedcap Group and continues to grow and expand its impact. In 2007, Herb and partners, with generous help from the Atlantic Philanthropies, turned Single Stop—a national organization committed to building pathways out of poverty build pathways out of poverty for people with barriers to economic well-being—into a separate nonprofit agency. To date, Single Stop has helped 1.9 million households recover $6 billion in benefits. In 2017 Single Stop became part of The Fedcap Group and its technology continues to help thousands find the critical government supports they need. View The Fedcap Group’s tribute to Herb Sturz.

A child of immigrants who came through Ellis Island, Herb’s career began in the 1950s, when he wrote a 10-part series on the Bill of Rights for Boys’ Life magazine. The feature led to a meeting with Louis Schweitzer, an activist millionaire. Together they formed the Bail Reform Project, which spared many low-level offenders from long prison stays and served as a national model. The two men founded The Vera Institute of Justice in 1961. The agency undertook groundbreaking work in criminal justice reform that continues today and generated close to 60 other projects related to criminal justice, community courts, prison reform, addiction, homelessness and job training.

In 1967 Herb founded Project Renewal, which provides an array of integrated programs and services to the most vulnerable New Yorkers. He founded Wildcat Service Corporation in 1972, the nation’s first organization to implement a transitional work program for unemployed persons with criminal convictions.

1975 was a busy year for Herb. He founded Safe Horizon, the nation’s largest nonprofit victim assistance agency that touches the lives of more than 250,000 children, adults, and families affected by crime and abuse in NYC. He entered government as Deputy Mayor for Criminal Justice, and later, City Planning Commission Chair under Mayor Ed Koch. As Chair, Herb developed a number of neighborhood-planning initiatives, including an Arson Strike Force, which sought to combat the epidemic of fires ravaging tenements in low-income neighborhoods.

In 1998, Herb founded The After-School Corporation (today called Expanded Schools), creating the nation’s first citywide system of quality K-12 after-school programs. At Herb’s urging, George Soros, the billionaire investor and founder of the Open Society Institute (where Herb was a trustee), made a five-year challenge grant of $125 million. The investment paid off, with matching public and private funding of over $375 million supporting 250 programs that serve over 40,000 children.

In 1999, Herb helped create the Afterschool Alliance, an advocacy group that raises awarenessabout the importance of making quality, affordable programs available to all children. The Alliance currently includes 163 mayors, 106 police chiefs, and 63 prosecutors, along with many social service agencies and major corporations. He helped put together Afterschool Congressional Caucuses in both the US Senate and the House of Representatives.

Mayor Ed Koch took office in 1978 promising to end “inhumane conditions” at NYC jails. He set about making good on his promise by naming Herb Sturz, Deputy Mayor for Criminal Justice, a title later changed to Coordinator of Criminal Justice. In 1979 Mayor Koch and NY State Governor Hugh Carey announced a plan for the city to lease Rikers Island to the state for 99 years for $200 million to be used to build five new jails in the boroughs and rehabilitate Rikers. Under the plan, Rikers would house only those convicted of serious crimes, not those awaiting trial or sentencing. The deal was negotiated by Herb Sturz and Robert Morgado, the Governor’s secretary.

During two days of hearings about the plan in October 1979, Herb described the numerous Rikers Island riots and court battles, and “an alarming number of suicides.” He said there were “two basic things wrong: it is in the wrong place and would need $100 million in repairs to make it safe”. He said the lease deal would allow the city to rid itself of Rikers Island and “make a fresh start to build the best system in the nation.”

Herb’s long fight to shutter Rikers Island was realized in 2019, when the Independent Commission on New York City Criminal Justice and Incarceration Reform voted to close the jails on Rikers Island. “Herb was a dear friend and colleague,” said Michael Weinstein, Executive Director of Impact Matters, ReServe Board Chair and Single Stop board member. “He was someone who had great ideas and got things done, and always looked to the future. He was very in involved in closing down Rikers and turning it into something much better. It’s sad he won’t see it happen, but it will happen.”

It is hard to imagine New York City without the impact of Herb Sturz. Herb was much more than a visionary social reformer. He was a great listener, a warm, compassionate man who was a friend and mentor to so many. He never dismissed or made assumptions about people who held opposing views, and never lost sight of his goals. His quiet powers of persuasion helped to make the world a better place.

Herb will be deeply missed, but his legacy will live on.